Another exciting news week, Wales bowed out of Euro 2016, Andy Murray reached Wimbledon semi-finals and we learnt there’s a prospect of a female fronted government party. There were also a couple of news stories that hit the headlines from the worlds of SEO and social media that we thought we’d share with you all.

The latest Google search engine results pages seem to be lacking something familiar to most Google users, namely the estimated results numbers. This feature has been in place for as long as any of us can remember and gives you an indication of how many results there are for a certain query, but do people actually care how many millions of results there are? Well, this looks like a question Google is asking itself in this latest test.

Snapchat announced a major update to one of the fundamental functions of its app with the addition of “Memories”. All saved content will include geo filters, timestamps, stickers and anything else that has been added at the time of composition. The new section is divided into sections which are: All, Snaps, Stories, Camera Roll and My Eyes Only. My Eyes Only section is a private, password-protected section where you can store any private photos, but beware there is no password recovery option.

Yahoo has launched a number of bots on Facebook Messenger including news, weather and finances giving users the ability to send news articles directly to friends, search for stocks, follow trends and keep updated on the local weather. This is an interesting move for Yahoo which has its own messaging platform where bots are not supported yet. However these bots probably won’t be as popular as the Yahoo Monkey Pets bot which lets you send emojis and it will share its travels with you, reminiscent of the Tamagotchi trend of the 1990’s 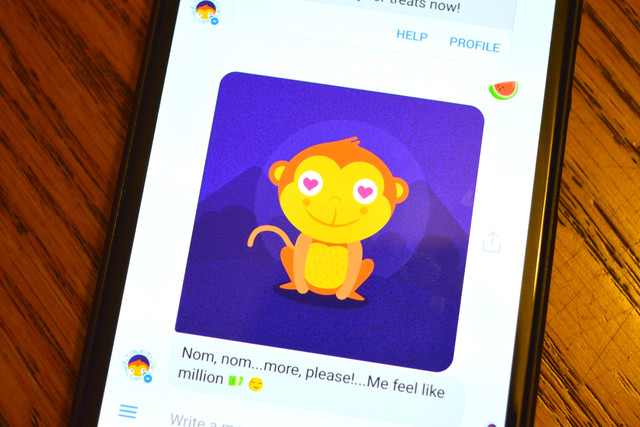