What do Google’s layout changes mean for Ads? 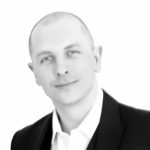 Today we ask Richard Hassall, our resident Ads guru and technical team manager, to walk us through what the removal of the right hand side adverts mean for Ads advertisers.

First off as with any change by Google the most important thing is not to panic and to properly analyse the situation. Below I will be looking at the impact of the new layout changes and going through why I believe that this is actually a positive move by Google and one which will result in more clicks and impressions for advertisers.

Top Adverts Vs Side Adverts

While removing all of the right hand side adverts on Google might seem like a massive change to most advertisers the reality is that it will have a lot less impact then you think. With studies showing that the top 3 adverts get 85% of paid advert clicks the change is not as dramatic as first thought. Add to this the reality that desktop accounts for less than half of Google search traffic and this change has even less impact on advertisers. 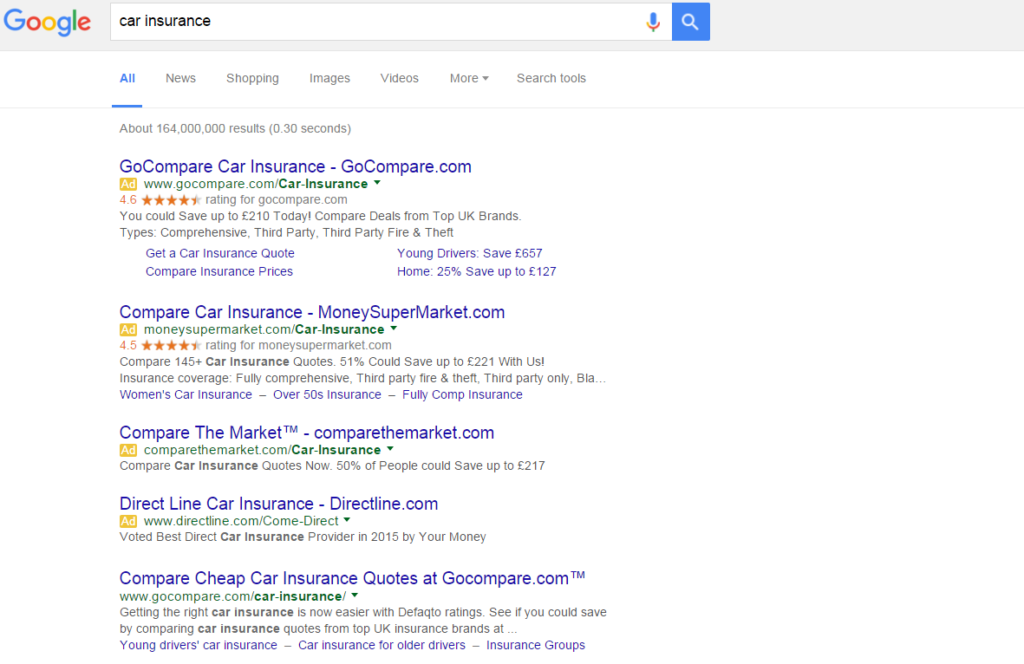 As well as removing the side adverts Google have also added a fourth advert above the organic results as well as 3 promotional opportunities below the results so we now have a total of 7 spots instead of 11. This means that advertisers have a better chance of getting their adverts clicked while on the first page with the top 4 spots likely to capture the majority of clicks.

One of the biggest changes following the layout changes has been the eligibility of adverts to show extensions. Previously extensions would only be shown for the top 3 adverts but these are now showing for all adverts on the page. By giving advertisers a bigger share of real estate with potential for a range of extensions for their adverts we should see click through rates increasing for all positions on the page.

With the removal of adverts from the right hand side there are also more opportunities for Google shopping product listing adverts to show up in the search results. 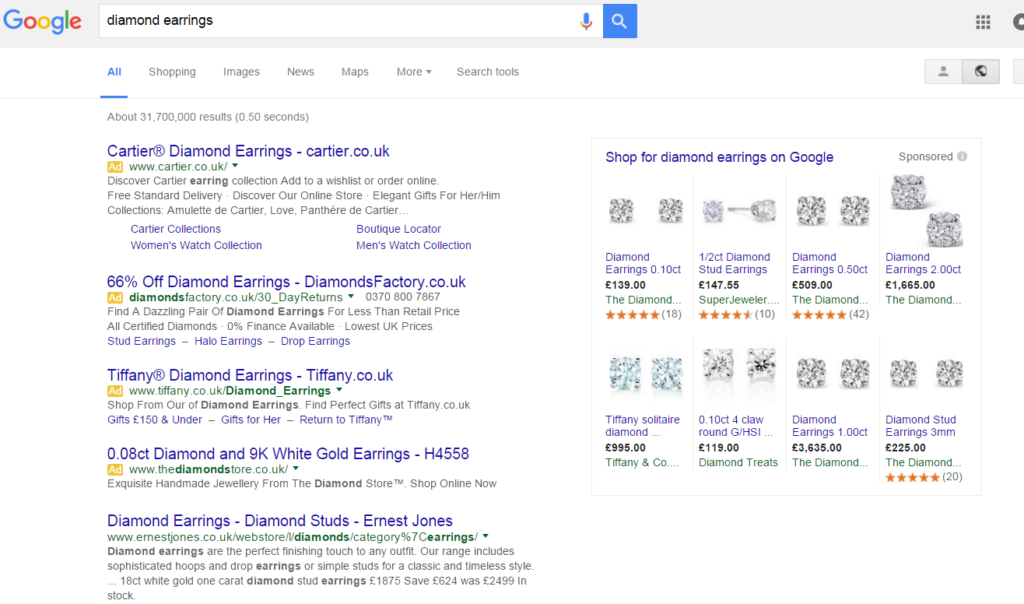 We have already started to see an increase in click through rates on customer’s shopping account and we expect to see this trend continuing as they get shown more frequently.

Following the introduction of 4 top of page advert listings on Google for competitive searches, organic results are being pushed further down the page. The new four advert block has grown in size and now dominates above the fold content on Google. Also with no right hand side adverts the distinction between paid adverts and organic results is becoming even more blurred.

The change in the layout should actually help a lot of advertisers get higher click through rates and more clicks to their websites. With advertisers that used to show up on the right hand side benefiting from the ability to show at the top of the page this is a positive move by Google to further enhance the visibility of Ads adverts.