A weekly update of the latest SEO and social media news

This week has been all about politics as the Republican US Presidential candidate, Donald Trump, was elected as the 45th US President. Away from politics, there have been several stories from the world of SEO and social media that have grabbed our attention over the past week and we’ve rounded them up for you below.

Hoping to make stories even more fun, this week Instagram has announced some big upgrades that will help do just that. Users can now take Boomerangs from within the Instagram app. A simple right swipe from your feed will open your stories camera and a format picker under the record button lets you select “Boomerang” mode.

Another update lets you share your stories with your friends by mentioning them in a similar way to captions and comments. The final upgrade is the addition of seeing more links for verified accounts that let them link to other resources, think Kylie Jenner being able to link to her makeup line and you get the idea. Update your app to get these features and start having fun today. 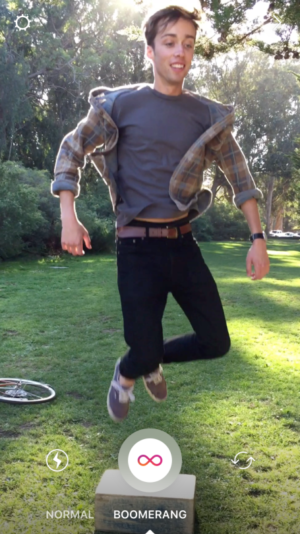 It looks like Facebook is at it again in an attempt to make it the go-to platform for everything from video to news and live sporting events.

The latest feature that is being tested is letting page administrators create job listings and receive applications from interested candidates. With businesses already posting their job listings on their pages this new feature makes sense and taps into a large potential market. Whether they decide to monetise the feature in a similar way to LinkedIn remains to be seen but we wouldn’t bet against it.

In a pilot program with 100 advertisers, participants saw opens rates of around 45 percent and click-through rates between 4 and 7 percent.

It looks like WhatsApp has finally decided to join the GIF party with its latest version of its iOS app now letting users send and receive GIFs. The app also lets users search Giphy’s library and users can also edit GIFs with text, stickers and drawings before they send them.

Existing videos from a user’s camera roll can also be transformed into GIF format with a simple toggle button. While this is limited to iOS users currently, hopefully, it won’t be long until this is rolled out to all versions of its app.

Have you been holding off getting a mobile-friendly website? Well, you may want to act sooner rather than later. Google has started to test its ‘mobile-first’ index that looks at the mobile version of a website for its ranking signals. If there is no mobile version then it will fall back to the desktop version.

With most of Google’s searches now powered by mobile, it makes sense for them to take a mobile-first approach to rankings. This change means that Google will start ranking sites based on mobile factors so now really is the time to make sure your website is mobile-friendly.